Catch the live streaming of the second day of the ongoing final Test between India and South Africa here.

It was a hard fought Day One between India and South Africa at Feroz Shah Kotla, New Delhi. Indian captain Virat Kohli won the toss again and batted first. Despite getting a decent start, India were pushed back thanks to disciplined bowling from South Africa. It was Ajinkya Rahane’s unbeaten 89, which saw India ending the day at 231 for 7. At one point, India were struggling at 136 for 6 and in all possibilities the side could have been bowled out under 200. For South Africa, Kyle Abbott (three wickets) and Dane Piedt (four wickets) were the star performers. The Day Two promises to be another gruelling day of Test cricket. Live Cricket Scorecard: India vs South Africa 2015, 4th Test at Delhi

Will Rahane score his and the series first hundred on Friday? If you are missing out on the action from the comforts of your home then you have the live streaming to fall back to. Live streaming enables die-hard fans of the game to stay connected to the sport. With boost in net speed, one can consume the sport on computer or mobile phones. Broadcasters like Star Sports, Channel Nine, etc. have provided this service for free. Enjoy the second day’s proceedings between these two top sides by watching it on Star Sports website. Live cricket updates: India vs South Africa 2015, 4th Test, Day 2 at Delhi 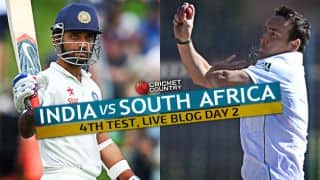 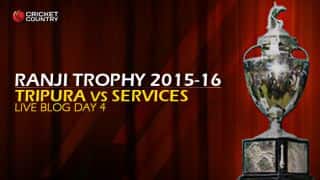