Catch the live streaming of the final day of the ongoing final Test between India and South Africa here.

The Test has finally reached the fifth day and once again hosts India are in a strong position against visitors South Africa in the fourth test of the ongoing Test series at Feroz Shah Kotla in New Delhi. Batting has again been tough on this surface but Ajinkya Rahane showed tremendous application as he scored his second hundred of the match on Sunday. South Africa now chasing 481 to win are 72 for 2 at the end of Day Four’s play. The visitors for the first time in the series have shown commendable application as they battle to save this Test. South Africa, who have now scored 72 runs from 72 overs, with captain Hashim Amla having faced 207-balls for his 23 not out, will have to bat out three sessions if they want to save this Test. While India won’t be happy if that happens as they eye 3-0. Live Cricket Scorecard: India vs South Africa 2015, 4th Test at Delhi

Can South Africa continue with their resistance like the one they showed in Adelaide in 2012 and Johannesburg in 2013? Or will India notch a 3-0 win. It’s going to be an exciting day of Test cricket and many of you will be missing it following from home or with your friends, as it’s the return of the dreaded Monday. Don’t worry Mondays aren’t so bad if you are equipped with live streaming as you can follow the day’s proceedings from your computer, mobile or tablet. Several broadcasters around the world provide the live streaming service at free of cost and Star Sports is among them. A lot of people have followed the entire series on their website. It’s the last day of the tour and enjoy the interesting day’s play by watching it on Star Sports website. 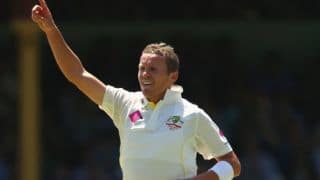 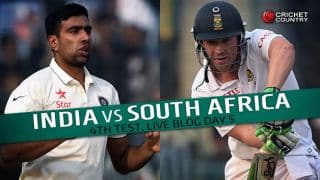