AB de Villiers' absence will surely give India an edge as the former skipper averages over 52 against them.

Ahead of the series opener of the 5 ODIs between India and South Africa, there was a massive setback for the hosts (in turn, a big boost for India). AB de Villiers has been ruled out of the first 3 ODIs due to finger injury. De Villiers, who was the leading run-scorer in the 3 Tests against India, will be out of action with a bruised finger. He had picked up the injury while going for a catch to dismiss Virat Kohli in India’s first innings of the Johannesburg Test. Cricket South Africa are yet to announce a replacement. He is expected to return for the remaining matches.

A statement by CSA stated: “De Villiers sustained the injury to his right index finger during the third Test against India and will require up to two weeks to make a full recovery. The CSA medical team is hopeful De Villiers will recover in time for the fourth ‘Pink’ ODI at the Bidvest Wanderers Stadium on Saturday, February 10th. The selectors have opted not to name a replacement.”

India will surely be in an advantageous stage following De Villiers’ absence. His record against India, especially in ODIs, stands out, and tourists would press hard to take a lead before his return. AB, now 33, has 1,295 runs against India in 29 outings, including 6 centuries, at an average of nearly 52. 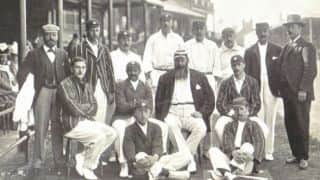