Gambhir admitted de Kock's style is the type he wouldn't have mind implementing in his own game.

The grace and flamboyance with which Quinton de Kock bats reminds Gautam Gambhir of the great Brian Lara and Sangakkara, the former India opener wrote in his column for the Times of India Saturday. Gambhir, who retired from international cricket last December, admitted de Kock’s style is the type which he wouldn’t have mind implementing in his own game during his playing days.

ALSO READ: Five South Africa players to watch out for

As de Kock gets ready to lead South Africa for the first time in T20Is, a lot rides on how he goes about in this series. With Faf du Plessis rested, De Kock is most likely candidate to take over the reins, one who is expected to take the lead the team to Australia next year for the T20 World Cup.

Team Director Enoch Nkwe recently said that it’s about time South Africa look beyond du Plessis. The key is to blood youngsters going into the T20 World Cup and as de Kock gears up to lead a fairly young side in India following their World Cup debacle, his stiff test starts right away. South Africa are hurting and de Kock would be keen eager to making his IPL experience count against one of the toughest teams to beat on their home turf.

“In the context of South Africa’s tour of India, the visitors may relate to this as this is their first international engagement after a forgetful World Cup campaign. I like Quinton de Kock. He is one of those gorgeous left-handers which I always aspired to be but could never be. In full flow, he reminds me of Kumara Sangakkara and Brian Lara. Hopefully, he delivers as a captain but not at the cost of curtailing fluidity of his batting,” Gambhir said.

The former India opener feels India would fancy playing against a relatively low-on-experience side on their home turf. India are yet to win an T20I against South Africa at home, their last meeting ending in the Proteas beating them 2-0 in 2015. The three-match series opener will take place on Sunday in Dharamsala, where South Africa beat India the last time after they chased down 200.

Gambhir however believes that time with the likes of promising youngsters such as Manish Pandey and Shreyas Iyer in the side, India are better equipped and that the series also gives the opportunity to these young talents an opportunity to cement their place in the team, keeping an eye of the T20 World Cup in Australia next year.

“India will be licking their lips at the idea of taking on a young, work-in-progress opposition. Dharamsala is not a very big arena. And being at the higher altitude, the science guys tell me that the ball travels faster because the air is thin. All this means there will be plenty of boundaries if the pitch is good for batting,” Gambhir reckoned.

“It is another opportunity for young Indian batsmen to cement their place in the side. Manish Pandey looks much younger than his age of 29. Shreyas Iyer explained enough in the West Indies that he is a great deal more than the ‘South Bombay’ swag. KL Rahul is a force in white-ball format. Rishabh Pant is always exciting but he has to watch his back as my favourite Sanju Samson is throwing some serious challenges at him. It is an exciting series as there are a lot of individual battles going on considering the T20 World Cup next year.” 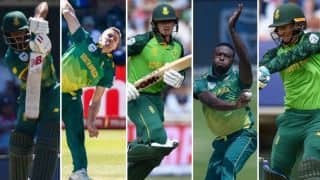 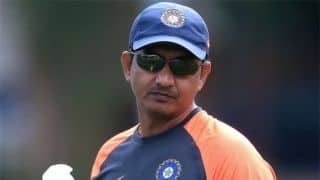 Achieving No. 1 ranking the proudest moment of my tenure: Sanjay Bangar