India face a happy dilemma ahead of their first Test against South Africa next month. Murali Vijay notched up back-to-back hundreds in his Test comeback, KL Rahul has consistently scored fifties over the last year while Shikhar Dhawan is beating every attack to the pulp. However, only 2 among them will get to play as openers. South Africa have a potent pace attack and therefore the challenges for openers multiply. Sourav Ganguly put his weight behind fellow left-hander Dhawan.

“Shikhar Dhawan has been in such great form and Murali Vijay has also played well against Sri Lanka. India are a good team but it won’t be easy that much I can tell you. If the batsmen put up runs on the board, this attack can get wickets,” Ganguly told PTI from the sidelines of Ranji Trophy semi-final between Bengal and Delhi.

Ajinkya Rahane managed 17 runs from 5 innings against Sri Lanka. Prior to that in the four innings he played for Mumbai in Ranji Trophy this season, he got two ducks. Rahane has been India’s best batsman overseas and Ganguly mentioned that his form isn’t a worry.

“No, I don’t think Ajinkya Rahane’s form is a concern as he is a quality player. Virat Kohli, Rahane, Cheteshwar Pujara and Murali Vijay have all been to South Africa. The best thing is that they are going back to South Africa as better players,” Ganguly said.

The first Test of the series will be played at Cape Town on January 5. Many pundits are sceptical of playing Hardik Pandya at No. 6 since his technique in bouncy conditions is not well documented.

“You will not realise till you give Hardik a chance. Depends on how you want to go about it. Rohit Sharma did well in the two chances that he got. If it’s a flat track, maybe we should have that extra fast bowler in the XI but if it’s a green top, we should definitely have an extra batsman,” the Cricket Association of Bengal (CAB) President added. 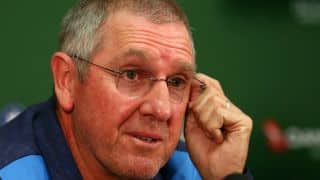 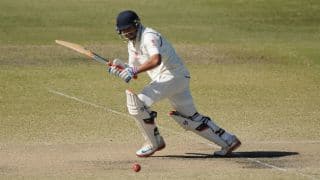