Pant has been India’s No.4 in the T20Is since February this year and has played eight times since

It’s a tough job to be India’s No.4 – Just ask Rishabh Pant. Pant was thrust into the role during the ICC Cricket World Cup 2019 and and the team management has pushed the youngster in the same role in the T20Is.

Pant has been India’s No.4 in the T20Is since February this year and has played eight times since, with a best of 65 not out against West Indies in August. However, in the remaining eight innings – Pant has totalled 38 runs with five single digit scores.

Against South Africa in the 2nd T20I at Mohali, Pant was dismissed on 4 dragging down a half-tracker towards short fine leg. While the 21-year-old has come under heavy criticism for his shot selection that has led to his dismissals, in this particular instance, the shot was on; what lacked was the execution. Even the greats of the game fail sometime in executing a shot, no worries there.

But, the string of failures is catching up to Pant, and he clearly is feeling the pressure. Newly appointed batting coach Vikram Rathour had just one day ago talked about fearless cricket and careless cricket.

Pant is lauded for his fearless approach, but carelessness is creeping in to his fearlessness. With Virat Kohli reiterate that the T20I games that they are now is all part of the squad building process for T20 World Cup in 2020, Pant could run out of opportunities.

Not that Pant would be dropped from the side – he is that good a player to fathom such a thought, so the experts and former cricketers feel. But how much of a long rope will Pant get if fails to notch up a substantial score is the question.

But, at a time when he should nailing down his position he is forcing the team management to look for options. KL Rahul, also on a sticky wicket, is a more than capable batsman in his own right and somebody with immense shorter format pedigree. By the way, he also keeps.

Then there is Pant’s U-19 skipper, Ishan Kishan, who has been racking up good numbers for India A  recently. Next in line is Sanju Samson. Clearly, India does have options. Pant should feel slightly vary. 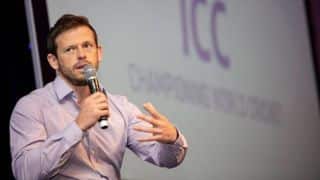 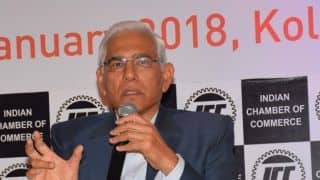