The toss will be crucial as the due may have an impact on the game in Cuttack.

India will take on Sri Lanka in the first game of their five-match One-Day International (ODI) series at the Barabati Stadium in Cuttack on Sunday. With the two Asian rivals clashing in a hastily-arranged series in the wake of the West Indies’ withdrawal, the series gets much of its attention from the fact that they are among the favourites for the ICC World Cup 2015, and the outcome of this series can have a huge impact on their build-up to the mega tournament.

Sri Lanka were preparing to face a lowly England at home in a seven-match ODI affair slated to begin on November 26. One of the most successful teams in world cricket this year, the Lankans are led astutely by Angelo Mathews. They would have been looking forward to another series win at home to keep their winning momentum ahead of the ICC World Cup 2015. However, Sri Lanka Cricket (SLC) pulled out its players from training camps and put them on a flight to face the Indians in their own backyard.

The Sri Lankans acknowledge that they haven’t had much of success in India, and without the services of Lasith Malinga and Rangana Herath, they tend to feel that they might not match India strength to strength. It was honest of Mathews to admit that his side is not prepared well for the India series, but given the form that they have had in this year, Sri Lanka should not be lacking confidence about the task that is ahead of them. The former Indian fielding coach, Trevor Penney, has just joined the Sri Lankan camp and his knowledge about the Indian players and conditions would definitely be valuable for the tourists as a few of the young players are new to these conditions and their opponents.

India have rested MS Dhoni for the first three games, though he is likely to be back for the final two ODIs before the team heads to Australia for a marathon tour. It was a welcome break for the Indian captain, but there are some doubts about Virat Kohli’s readiness for the task of leading the team in the first three ODIs. After a poor England tour, Kohli had just started coming back to form, striking a half-century and a ton against the West Indies. Kohli might not have got enough time in the middle to get back his lost mojo, and he is yet to prove that the troubles that he has faced outside the off-stump are over.

Nevertheless, India and Kohli should feel good about the fact that they had decent run at home against West Indies. They lost the first ODI but bounced back well to stamp their authority in the remaining ones that were played. Against Sri Lanka, Ravichandran Ashwin is back, while Varun Aaron’s availability promises a good pace attack. Aaron showed positive signs in England, and with very little time and opportunities left, the right-arm pacer would want to leave no stone unturned in his bid to impress the national selectors.

The toss will be crucial as the dew may have an impact on the game in Cuttack. As it has been a trend in India, the match is expected to be a run-fest. Both sides are likely to be heavily decked with batsmen, but the Indians may feel that they have an edge over the Lankans. They will draw lot of confidence from the India A’s performance in the tour game, where Sri Lanka were humbled by 88 runs.

For the fans, this series may add more to their dissatisfaction that has risen from watching innumerable India-Sri Lanka clashes, but there is lot more at stake for the players. Sri Lanka are one of the most dangerous sides in international cricket presently, and they have the ability to win in India. Their hosts, on the other hand, are a very tough side to beat in their backyard and can cause some serious damage.  Those who perform well would certainly end up impressing their respective selectors, and those who flop, will unfortunately put themselves in trouble with the World Cup just a few months away. 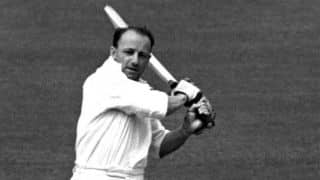 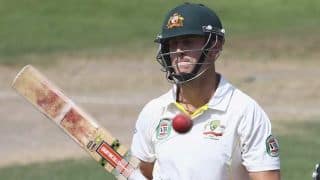