After a terrific start, Sri Lanka slumped to 216 in the first ODI against India at Dambulla International Stadium. The middle order squandered the solid foundation laid by openers Niroshan Dickwella and Danushka Gunathilaka, as Indian spin trio Akshar Patel, Yuzvendra Chahal, and Kedar Jadhav strangled the life out of them. Although Gunathilaka perished for a counterpunching 35, the in-form Dickwella blazed his way to 64 (had he reached three figures, it would have been his third hundred in 4 games). The duo added 74 runs for the first wicket. However, the Indian bowling unit bowled well in tandem and never let the Sri Lankans off the hook.

Virat Kohli won his fourth consecutive toss on the tour. Given there was not enough covering of grass, he resorted to bowling first. He also stressed on the fact that his comrades are good at chasing totals, no matter how colossal. With three-pacer attack, he left the sling-shot Jasprit Bumrah for the later overs. All-rounder Hardik Pandya opened with Bhuvneshwar Kumar. All the same, the Sri Lankan openers fired on all cylinders. They brought up 50 in 8.5 overs. Although Bumrah was introduced in the 11th over to draw first blood, Dickwella and Gunathilaka continued their blistering show. Not that the Indians faltered, but the slowness of the tracks helped the Sri Lankan openers score runs at a brisk rate. After a dull hour of play, Kohli used Yuzvendra Chahal to resurrect the fallen bowling unit. The leg-spinner right away put breaks on Sri Lanka s momentum, removing Gunathilaka.

Kedar, India s man with a golden arm of late, trapped Dickwella in front and thus began the downfall. Kusal Mendis, after an attractive 36, fell prey to Akshar.

Kedar soon made captain Upul Tharanga his second victim. Kohli ran out Chamara. Sri Lanka lost half their side for a mere 169, from a commanding position of 139 for 1. Lasith Malinga provided late blitz with his entertaining one-six innings, but it was Angelo Mathews’ unbeaten 36 that sailed Sri Lanka past 200.

Akshar marked his comeback with a three-wicket haul, while Yuzvendra, Kedar, and Jasprit took 2 wickets each. 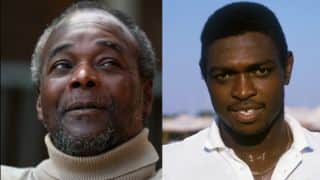 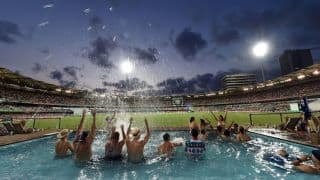