India had handed Sri Lanka a 3-0 the last time these two teams met in Tests, that too on Sri Lankan soil.

It is very hard to skip a step or two while climbing the stairs. Unfortunately, that is precisely what Sri Lanka will have to do to defeat India, hosts and the top-ranked Test team, in the first Test of the three-match series at Eden Gardens, Kolkata. Sri Lanka have taken too long a span to recover from the void created by their stars. Their performance, even at home, has been so demoralising that it compelled Angelo Mathews step down from captaincy. After the way they were humiliated by Zimbabwe at their own den, the victory in Test against Pakistan took everyone by surprise.

However, that victory remains Sri Lanka s oasis the source to draw motivation from to face the titans. Even after resting Hardik Pandya (who had announced himself in Test cricket against Sri Lanka earlier this year), Virat Kohli s Team India seem to have very little to bother to as they are coming from back-to-back limited-overs victories against Australia and New Zealand.

The good news for India is Cheteshwar Pujara s impeccable form in Ranji Trophy 2017-18. With 182 and 204 in his last three First-Class innings, Pujara gives hopes of yet another run-feast to the Indian fans. After being sidelined for quite some time now, Mohammed Shami will be in the radar as well. Though Bengal will miss their frontline fast bowler in their upcoming matches, India will be happy to get their spearhead back in the side.

Ravindra Jadeja and Ravichandran Ashwin will return as well after being out of contention for the limited-overs matches. Jadeja had scored a double-hundred and picked up 7 wickets against Jammu & Kashmir, but the rest of his Ranji Trophy performance had nothing special to be mentioned about. Ashwin s Ranji Trophy stint remains ordinary, while Wriddhiman Saha has redeemed himself somewhat with an excellent 97 in his last outing. However, all three of them will be expected to get into the groove as they don India whites again.

There are question over the replacement for Pandya. Looking at the way the pitch tends to behave at this point of time in Kolkata, Pandya would have been Kohli s intended pick for the match with his springy pace. However, Kohli may still go with three pacers, opting for Bhuvneshwar Kumar along with Umesh Yadav and Shami. The afternoon breeze from the Hooghly has often rewarded swing bowlers like Bhuvi.

India had handed Sri Lanka a 3-0 the last time these two teams met in Tests, that too on Sri Lankan soil. However, some Sri Lankans Dimuth Karunaratne, Angelo Mathews, Niroshan Dickwella and Dilruwan Perera in particular had shown some gumption against the Indian bowlers. They will be expected to better their numbers to provide support to their team.

Rangana Herath will be Sri Lanka s biggest weapon to combat the Ashwins and Jadejas. Herath has an atrocious record on Indian soil, which is something he would want to improve on. Suranga Lakmal will lead the pace attack. Vishwa Fernando has impressed in his brief career so far, but bowling in India against a side brimming with confidence will be a tough ask for him. 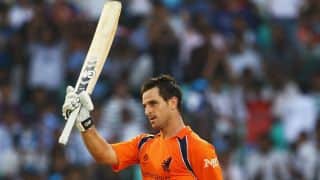