India look to maintain intensity after a monumental win in the first ODI.

India and Sri Lanka meet at the Sardar Patel Motera Stadium, Ahmedabad for the second One-Day International (ODI) on Thursday. The first ODI was a largely one-sided affair, and the tourists looked undercooked and unprepared for the challenge. For this game, they would come in with better preparations and have already put in the hard yards in the nets. On the other hand, India would aim to keep up the intensity and deliver another performance.

Ahmedabad has often had help for spinners and that should help both sides. There could be some dew in play, which may push teams to opt to bat first if they win the toss. In the first game, Angelo Mathews took a similar decision and that backfired. India put up a huge score, which was way beyond Sri Lanka’s reach once they started slow. But, big scores are chaseable in India and if the wicket doesn’t crumble in Ahmedabad, it may be a better option to bowl first.

India have a settled batting line-up. Shikhar Dhawan and Ajinkya Rahane made a mark in the last game with their tons. With them in good form, the Indian team looks stronger. Virat Kohli, Suresh Raina, Ambati Rayudu and Wriddhiman Saha make a solid middle-order. These batsmen can not only hold the innings together but also take on the opposition aggressively.

In the last game, Akshar Patel played ahead of Ravindra Jadeja and did a decent job. Jadeja was rested and should come back at some point in this series. It isn’t clear if they will want to persist with Akshar now and get Jadeja in later in the series. Ravichandran Ashwin holds his spot as he was rested for the West Indies series.

The only worry after the first ODI was Varun Aaron’s injury. Since he has been ruled out, Stuart Binny has been called as a replacement. Thus, Dhawal Kulkarni should ideally be drafted in as the third seamer in place of Aaron. Umesh Yadav and Ishant Sharma will form the lead.

Sri Lanka did not play Nuwan Kulasekara in the last game and they may consider bringing him back for this one. His return will bolster the bowling, which consists of Dhammika Prasad and Suraj Randiv. Lahiru Gamage had his moments in the first ODI and Sri Lanka may consider giving him a longer run. They also have Thisara Perera as the all-rounder, who will bowl some crucial overs.

In the last game, Sri Lanka tinkered with their batting and it did not work. Tillakaratne Dilshan, Upul Tharanga, Mahela Jayawardene and Kumar Sangakkara form a solid top four. However, they need Angelo Mathews in at No 5 to hold the innings together. So, someone like a Ashan Priyanjan or a Seekuge Prasanna can wait and come lower down the order.

Sri Lanka have to raise their game to be up for this contest. They need to regain the intensity and compete with the Indians. Though Rangana Herath and Lasith Malinga are missing in action, they still have a good side that has some quality. 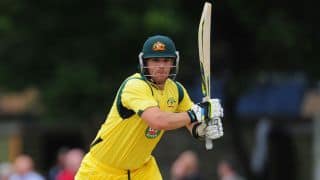