The Indian bowling also stood the test against an experienced Sri Lankan batting.

Having taken a comfortable 2-0 lead, a confident India will look to seal the five-match series against Sri Lanka when they lock horns in the third cricket one-dayer on Sunday. Virat Kohli and company have not made the fans feel the absence of regular skipper MS Dhoni, who was rested for the first three ODIs, as the Men in Blue have outplayed the Islanders in the first two matches with clinical performances.

If openers Ajinkya Rahane and Shikhar Dhawan made the Sri Lankan bowlers look ordinary in Cuttack then the Indian batting line-up, led by Ambati Rayudu, once again showed their might at Motera. India posted a mammoth 363 to win the opening game by a 169-run margin and then achieved their 275-run target with more than five overs to spare in the next match.

All the three centurions – Rahane, Dhawan and Rayudu, have literally toyed with the Lankan bowling, who are struggling on batting friendly pitches. The track at the Rajiv Gandhi International Stadium in Uppal also looks no different and a score of 300 plus is once again in the offing, with the stadium having a history of big run chases.

The Indian bowling also stood the test against an experienced Sri Lankan batting with Ishant Sharma bagging four wickets in the first ODI and spinners Ravichandran Ashwin and Axar Patel making it count in the second. With young Axar Patel making his presence felt with impressive figures of 2-39 in his 10-over spell at Sardar Patel Stadium, Kohli is unlikely to tinker with the winning combination and will certainly look to shut the Lankans out in the third game itself.

The hosts would always be wary of a counter-attack from a dangerous Lankan outfit, which has the knack of surprising its opposition time and again. With their backs to the wall in a must-win game to stay alive in the series, Sri Lanka will certainly try and come back with a vengeance to prove a point as worthy replacements after the West Indies pull-out.

Led by the gutsy Angelo Mathews, Sri Lanka showed glimpses of what they can do in Ahmedabad on Thursday when the visitors gave India a hard time before finally caving in. The visitors fought back from early blows to put up a respectable score courtesy Mathews’ unbeaten 92 and a fighting 61 by old warhorse Kumar Sangakkara.

Sangakkara and Thisara Perera would take this as their home game in regards to their association with Sunrisers Hyderabad in IPL. The skipper though was critical of his batsmen after the team’s abject surrender while chasing 364 in the first match. Even in the second game, the batsmen faltered on a good wicket.

The bowling is also a cause for concern for the Lankan’s with the likes of Dhammika Prasad, Perera and Suraj Randiv failing to live up to expectations. Off-spinner Randiv did pick up thre wickets in the first game and leg-spinner Seekkuge Prasanna also helped the team with a triple strike in Ahmedabad but both the spinners conceded too many runs to be effective. So if things go as per script for the home team, they might end up rejoicing early but Lanka will surely look for a twist in the tale. 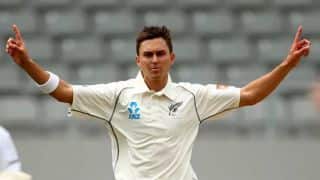 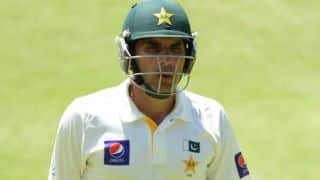