The match will be played at Ranchi, but hometown hero MS Dhoni will not be playing.

India have absolutely thrashed Sri Lanka so far in the series, winning all four games convincingly. Rohit Sharma’s mind-boggling 264 in the previous match has been the highlight of the tour so far, as the hosts have fully complied with their captain’s call for being “ruthless.”

With the series firmly in the bag, India could look to use this opportunity to experiment with the line-up and team composition. With either one of Ajinkya Rahane or Rohit Sharma virtually assured of moving down the order, it could be interesting to try both men out at Nos 3 and 4 respectively. The inclusion of Robin Uthappa means that they can use him to open so that at least one of them can bat lower down. Kedar Jadhav would be hoping to make his debut for India after slogging hard in domestic cricket.

For Sri Lanka, the team composition is the last thing on their mind. They have been outplayed, outclassed, and thoroughly thrashed in every respect. Their fielding in the last game — Rohit Sharma’s dropped catch cost them 260 runs — was abysmal. Their bowling has been wayward, while their batting has been spineless. Overall, they have looked like a side that wants to be anywhere other than a cricket ground in India.

The match will be played at Ranchi, but hometown hero MS Dhoni will not be playing. That shouldn’t stop the crowds from coming in though, as the city has proven itself to be one that relishes its cricket in the past. Thisara Perera will not have fond memories of the ground, though. Dhoni had once hit him for five sixes in an over during a Champions League T20 (CLT20) match.

On the whole, India ought to steamroll the visitors unless they can come up with a truly inspired performance. Indian skipper Virat Kohli has the ideal opportunity to go for a 5-0 whitewash and prove himself an able leader ahead of the sterner test in Australia next month. Sri Lanka are a side capable of great things, but at the moment it seems they will struggle to last 100 overs on the field. 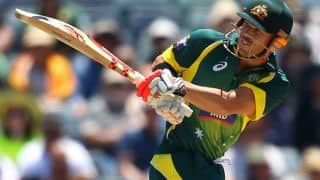