Catch the live streaming of the second Test between India and Sri Lanka at P Sara Oval, Colombo here.

Handed an unexpected thrashing in the opening game, India would look to plug their loopholes and get their team combination right even as Sri Lanka eye a series winning farewell for their iconic batsman Kumar Sangakkara in the second cricket Test starting here tomorrow. The visitors dominated the first Test in Galle, yet ended up on the losing side, going down by 63 runs after having the hosts on the mat for a major part of the game. Despite all talk of aggression and winning attitude, when it mattered most, the Indian players failed to bring up the goods with both bat and ball. Live cricket updates: India vs Sri Lanka 2015, 2nd Test at Colombo, Day 1

With inputs from PTI. 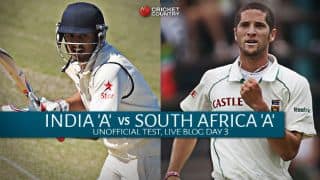 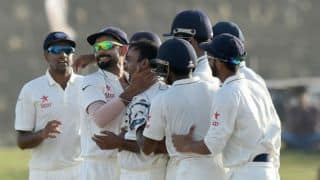