Catch the live streaming of the second Test between India and Sri Lanka at P Sara Oval, Colombo here

India finished the first Day of the second Test between India and Sri Lanka in a decent position scoring 319 runs in the day for the loss of six wickets. KL Rahul and Virat Kohli steadied India after they were 12 for 2 at one stage. The 164-run stand saw India to a platform. Kohli missed out on his ton but Rahul ensured he scored his second Test ton. He though was out late in the day for 108. India were cruising with Rohit Sharma scoring his third Test half-century but his wicket towards stumps for a score of 79 ensured the day finished in balance. Sri Lanka will hope to keep India under 400 while India will hope to get a stand in and score as many as possible.  Live cricket updates: India vs Sri Lanka 2015, 2nd Test at Colombo, Day 2 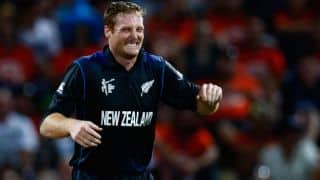