Catch the live updates and scorecard from the first Test between India and Sri Lanka from Galle here.

India hope to end a 22-year wait for a Test series win in Sri Lanka when the three-match rubber marking Kumar Sangakkara‘s farewell opens in Galle on Wednesday. The Sri Lankan batting great, whose 12,305 runs make him Test cricket’s leading scorer among those still playing, is due to quit international cricket after playing in the first two Tests. Indian captain Virat Kohli said his team plans to give 37-year-old Sangakkara a fond farewell — but also make sure they do not allow the prolific left-hander to pile up big scores. “Great man and a great cricketer, he deserves a very good farewell and we will prepare accordingly,” Kohli said of Sangakkara. “But hopefully we will also get him out cheaply.” Live cricket scorecard: India vs Sri Lanka 2015, 1st Test at Galle, Day 1

The tourists will not be distracted by the hype over Sangakkara’s farewell series as they bid to end a barren phase in Sri Lanka since the 1-0 victory by Mohammad Azharuddin’s men in 1993. India have played four series on the island since, losing in 2001 and 2008 while drawing in 1997 and 2010. The five-year gap since their last series means that 11 of the 15 tourists, including skipper Kohli, have not played a Test match on Sri Lankan soil before. Opening batsman Murali Vijay and bowlers, Harbhajan Singh, Ishant Sharma and Amit Mishra, are the exceptions, although several others in the squad have played limited-overs games in Sri Lanka. Live cricket scores and updates: India vs Sri Lanka, 1st Test at Galle, Day 1 updates

Kohli, regarded as one of the most accomplished batsmen in the modern game, is determined to make a winning start in his first full series as captain after taking over from Mahendra Singh Dhoni in Australia last year. India will be relieved at playing Test cricket in familiar sub-continental conditions after losing four series in a row in South Africa, New Zealand, England and Australia. 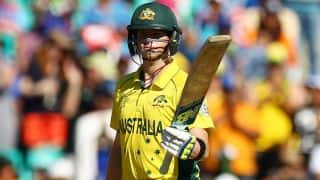 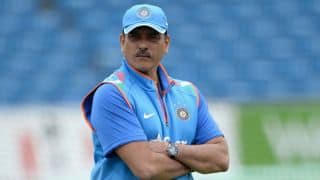