The Sri Lankans stayed strong and held their nerves to fight back as they registered a deserving draw against India in the third Test at Delhi.

The Sri Lankans stayed strong and held their nerves to fight back as they registered a deserving draw against India in the third and final Test at the Feroz Shah Kotla Stadium in Delhi on Wednesday. Although Sri Lanka lost the series 0-1, they battled the extreme pollution in the capital city to strike back and save themselves from further embarrassment. Meanwhile, Dinesh Chandimal credited the Sri Lankan youngsters for their good attitude throughout the series. Chandimal praises youngsters like Dhananjaya de Silva, Roshen Silva and Niroshan Dickwella to allow Sri Lanka to provide a fightback to the might Indians, who have been in splendid form of late. FULL CRICKET SCORECARD: India vs Sri Lanka 2017-18, 3rd Test at Delhi

“We have got so many youngsters for this series and they have really got a good attitude. And if that is there the best result are bound to come. If you have players with bad attitude, you won’t get good results. That’s what I am looking at from this team. Good attitude, good discipline can take this team forward,” said Chandimal during the post-match press conference.

“It was really a good innings. We picked him after the West Indies A team tour as he had played some good innings there. We had to trust playing him at No 3 and he took this opportunity with both hands.”

“It was a tough time for us as a team as we are not used to this kind of conditions. In Sri Lanka, you won’t get this much pollution. But we need to play the game at the same time, so after the first two days, we had a discussion with the team and said we need to forget about the conditions and play the game. That’s what everyone did. We didn’t discuss about smog and stuff in the dressing room or when we went back to the hotel. We finally learnt how to face such conditions in the future.”

“When I play cricket, I don’t look at social media. I am focused on the game.”

“I got enough matches in ODIs against Pakistan but I didn’t perform well. I like to play ODIs because I know I can do far better. I am working hard on my game, especially in ODIs, I need to bring about some changes in my technique. This period, I will use to become a good ODI player.” 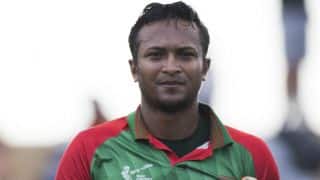