Gunaratne featured in an army inter-regime game ahead of participating in a competitive match for Army SC.

Contrary to earlier reports, it is being said that Asela Gunaratne is unlikely to participate in the remaining two Tests against India. The all-rounder injured his left thumb in July in a home series against India at Galle. He was supposed to play domestic cricket to prove his fitness and then fly to India.

According to cricbuzz, Graeme Labrooy has concerns in regards to Gunaratne.

He said: “He has played two games now since the injury. He bowled, batted and fielded and has come good. We discussed about him, but feel this is not the moment to bring him back, but he will be certainly back for the ODIs.”

Gunaratne featured in an army inter-regime game ahead of participating in a competitive match for Army SC.

Labroory concluded saying, “There’s no point of sending him to India and making him to sit on the bench. We are better off getting him to play some competitive games. We will also see what’s the requirement of team management, leave it to them and then make a call.”

Sri Lanka are currently in a position of strength against India in the first Test at Eden Gardens. 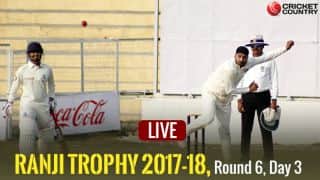