As per the BCCI rulebook, the president is entitled to 50 complimentary passes, including hospitality tickets, the secretary has 75 and the treasurer gets seven passes for matches.

New Delhi: The friction between the BCCI top brass and the Committee of Administrators (COA) again came to the forefront when the distribution of complimentary passes for the third and final India–Sri Lanka T20I led to a tussle between the two sides. As per the BCCI rulebook, the president is entitled to 50 complimentary passes, including hospitality tickets, the secretary has 75 and the treasurer gets seven passes for matches. What has come under scanner is COA’s letter “requesting” acting president CK Khanna and acting secretary Amitabh Chaudhary to part with 25 complimentary passes each for the stakeholders during every international match, starting with the December 24 India-Sri Lanka tie.

All the stakeholders, from various sponsors to official broadcasters, have been allocated their share of complimentary passes. However, a section of the BCCI is asking “who are these unnamed stakeholders” for whom passes are being sought by the COA. These BCCI officials, who are now currently running the show, were aggrieved that acting president Khanna had collected his 50 passes for the Mumbai T20 game without parting with his share of 25 passes that he was ordered to give back for the “unnamed stakeholders”.

Once he refused, one among the three most influential officials in the BCCI at the moment, threatened to “block those tickets” in possession of Khanna and even asked the Mumbai Cricket Association to do so. MCA, on its part, informed that it can’t block premium tickets and reprint them at such a short notice.

“If the rulebook is strictly followed, Khanna can’t be faulted for collecting his entire share of passes. The COA letter specifically says ‘request’ and any office-bearer is well within his rights to decline such a request,” a senior official, who is aware of the rules, told PTI on condition of anonymity. In fact, PTI is in possession of the complete allocation list for the stakeholders.

The BCCI production team and panel umpires also get their share of complementaries. This is where a section of BCCI officials are raising questions alleging that COA is trying to arm-twist some of the office-bearers to part with a share of their passes.”If every stakeholders’ share is specified then why are the office-bearers being told to part with their share of passes? All we want to know is that who are these stakeholders. Their names are not minuted and the General Body is not aware of them,” the official raised some pertinent questions. 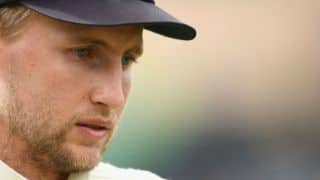