Sri Lankan bowlers struggled to inject regular breakthroughs and failed to curb the run-flow against India on Day One of the final Test at Feroz Shah Kotla.

Sri Lanka conceded more than four runs per over on Day One of the final Test against India, at Feroz Shah Kotla, New Delhi. India scored 371 for 4 before stumps. Virat Kohli and Murali Vijay scored hundreds.

Sri Lanka failed to produce regular breakthroughs. Their fast bowling coach Rumesh Ratnayake answered questions on the team combination. He also hinted that Angelo Mathews may bowl in the upcoming ODIs. Mathews, the former Sri Lankan skipper, hasn’t bowled after sustaining a hamstring injury, which resulted in the veteran missing out on Pakistan series. Prior to his injury, he bowled in the limited-overs series versus India at home.

‘He is being managed carefully’

“If he is chosen into the ODIs, which I am sure he will, he will bowl. He is practising bowling in the nets already. Angelo (Mathews) has got a very acute injury. It’s not only the thighs now, it’s gone to the calves as well. We are very cautious of what he does and how he does things. He is managed carefully.

Yesterday, Mathews bowled six overs in the nets and he looked good. Maybe he will bowl seven overs in the nets tomorrow (Sunday). But we will decide on that depending on whether he will have to bat (in the Test match) and stuff.”

‘We wanted to make a better statement with the bat’

If we were going to bat the first day, we would have had those seven batsmen. It certainly taxes the opening bowlers because they are the ones who bowled the most in the last game also. Even today they are heavily taxed.” 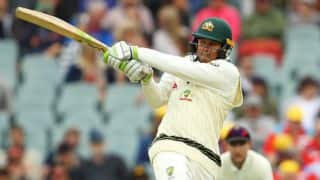 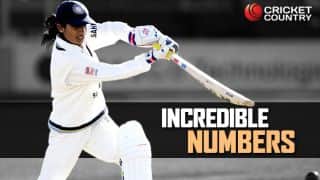 Mithali Raj: A career in numbers