Let us look into which key battles that can make the match at Delhi more see worthy.

Sri Lanka take on India in the final Test at Feroz Shah Kotla in Delhi to regain lost pride. Currently trailing the 3-Test series, 0-1, the visitors will be keen to hit back at India; a herculean task indeed. India, on the other hand, will be eager to finish a two-year long successful home Test season with a win under their belt. This will be final time that India s Test specialist venture in the middle before taking on South Africa at their den.

Let us look into the key battles that can make the match at Delhi more see worthy.

Ajinkya Rahane vs home condition: Rahane has been India s key to success in the alien overseas conditions. His overseas average stands at 53.44 against 35.64 at home. He has struggled against spinners, and more so on slow and low tracks.

With South Africa tour on the horizon, Rahane will like to have some runs under his belt. It must also be noted that Rahane scored his first Test ton at home in Delhi against South Africa.

Virat Kohli vs law of records: Kohli has been on a record-breaking spree, this home season. A win here could help him equal Australia s ninth straight series win. It was against the same side that Kohli s winning chariot started in 2015 in Sri Lanka, and since then South Africa, England, Australia, Bangladesh and New Zealand have been trampled over.

He is currently on 4,975 Test runs, and could third-quickest Indian to 5,000-run tally only behind Sunil Gavaskar and Sachin Tendulkar. With tours to South Africa, England and Australia lined-up, Kohli s batting will is set to be tested.

Ravichandran Ashwin vs Dinesh Chandimal: Chandimal has been the most impressive batter from the Lankan camp. He has accumulated 166 runs at 41.50 in 4 innings. He has provided much-needed respectability to Sri Lanka s batting.

Up against him is Ashwin, who is slowly finding his groove in the series. He snapped Chandimal at Nagpur in the first innings, while the latter opted for a reverse sweep. The winner of this battle could very well turn the tides in favour of their sides.

Sri Lanka vs their morale: Sri Lanka s track record against India has been abysmal to say the least. They have lost 10 of the 11 contest between the two nations since August. Had weather not prevented, they would have the Eden Gardens Test as well. With no stability in leadership, the side is looking like a head-less snake, that keeps moving from one-place to another without any purpose.

Now with no Rangana Herath in the third Test, they now look even more undermined than before. 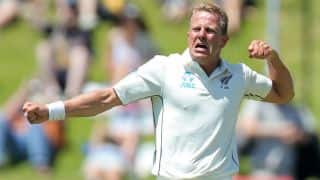