India were handed a 5-wicket loss by Sri Lanka in their tournament opener.

Sri Lanka toppled India in the Nidahas Trophy 2018 opener by 5 wickets, a result that came as a surprise to many. Given India s recent track record, the result was probably unexpected despite India missing several frontline players. With all three teams tied on 2 points, the business end of the series gets underway. A win or a loss here may virtually be end of the road for either Sri Lanka or India (or Bangladesh). India are coming off a win, while Sri Lanka were handed their first loss on Saturday.

Shikhar Dhawan has been India s mainstay in this series (and in recent time). His batting against Sri Lanka was brutal by all definitions. Sadly, he was left stranded alone in middle. Only Manish Pandey supported Dhawan during his 35-ball stay. Against Bangladesh, it was once again Dhawan, in alliance with Suresh Raina and Pandey, who took India to victory.

It is high Rohit Sharma and Suresh Raina take matter in their own hands (Rohit has a T20I hundred against Sri Lanka). Another player who has been under the scanner is Rishabh Pant; his batting has been far from assuring. With KL Rahul in the wings, this may be the last chance for Pant. Dinesh Karthik has showed sparks in his short outings, and should retain his place.

Yuzvendra Chahal and Shardul Thakur were taken for the cleaners by Sri Lanka. Akshar Patel was seen batting in the nets, and may be drafted in place of Chahal. Jaydev Unadkat will be expected to do more and be consistent unlike his fellow paceman Thakur.

Sri Lanka have been clinical in both games before Mushfiqur Rahim s brilliance halting their progress. Both Kusals have played significant roles Perera against India and Mendis against Bangladesh. Given India s inexperienced bowling line-up, Danushka Gunathilaka and newly-appointed captain Thisara have the perfect chance to find lost form. Dhananjaya de Silva will mostly probably come in for the banned Chandimal. It was also heartening to see Upul Tharanga plunder Bangladesh bowlers for plenty in his 15-ball stay.

Sri Lanka’s bowling has been good in parts, in particular Thisara. His bowling choked the Indian batting in the end overs in the first match. Akila Dananjaya and Gunathilaka failed against Bangladesh, and will look to make amends. Dushmantha Chameera and Jeevan Mendis will be hopeful of repeating their good show once again.

The Sri Lankan management and Rohit have both spoken about their respective bowling attacks being weak links in their line-ups. The results may very well be decided on, which side bowls well and picks wickets than merely outscoring each other. 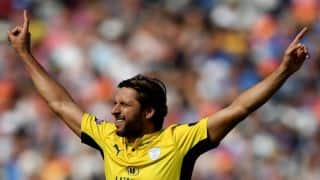 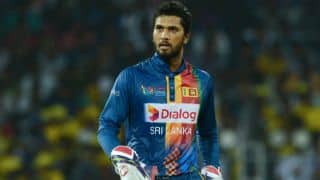