Karthik has been consistent with his form in First-Class cricket. His domestic career and experience makes the 32-year player a good choice for the selectors in limited overs.

Dinesh Karthik made his international debut for India in 2004, even before MS Dhoni did. Karthik had played various role for Team India ever since. He was an opener, wicketkeeper and even finisher at times, now the current think-tank sees him as a candidate to fill the middle-order slot.

Karthik has been consistent with his form in First-Class cricket. His domestic career and experience makes the 32-year player a good choice for the selectors in limited overs. Karthik has played at every position from opener to No.7; this flexibility of him to play as per team needs is a big plus. Karthik talks about his experience with Cricbuzz.

“After a point in my career, I realised that it’s good to score those runs but you are remembered a lot of because of the tournaments you’ve won and the number of times you’ve stood up in big matches. If you were to ask me the greatest moment of my career, it has to be World T20 in 2007.

On a personal note, I didn’t have a great tournament but just that fact that we won the tournament and that gave me a lot of memories. It just feels good that I was part of that. Even the Test series in England in 2007. Yes, I did well personally but more than that, me contributing to the team’s success gives me a lot of satisfaction,”

“When I look back, it’s winning these big tournaments that give me a lot of pleasure. The Champions Trophy in 2013, again. These are the big moments. In between I’ve scored runs, I’ve scored centuries and I’ve failed as well but those are not things that you remember so much. These are just conversational things when you meet someone and it comes up that this happened and this much you scored and that happened.

India has been finding a permanent No.4 spot for a while now. Yuvraj Singh was someone who had carried on the responsibility well. However, his failure in Champions Trophy and West Indies raised the question of No.4 spot for India. The Indian team has tried about 11 options for they have not yet found the ideal candidate.

Manish Pandey has played few innings at the No.4 position for India but has not been consistent enough. Suresh Raina failed the Yo-Yo test and that led to Karthik taking the spot. Virat Kohli who will be rested for the series will give opportunities for Karthik and Pandey to prove their worth.

I understand what needs to be done

“I can say only for myself because I’ve batted for Tamil Nadu and in the IPL at No. 4. I can confidently say that I’m very confident to bat in that position,”

“I’ve batted in situations where the score is 0 for 2, 10 for 2 and there have been times when the score has been 210 for 2. I understand what needs to be done and how to go about it and in the experience comes in really handy then.

“The No. 4 batsman is under the scanner because nobody has probably done as well to seal the spot. So whoever is there is under the spotlight. That’s just about it. It’s pretty simple if I can do well if I’m able to be consistent and able to do what the team management wants me to do, then there won’t be any scrutiny per say.”

Karthik performance seemed promising in the India-New Zealand series. Karthik scored a match winning 64 runs and stayed not out to register a win over New Zealand and level the ODI series. He would be surely looking to make a mark in the Sri Lanka series and ensure his place in the team to the overseas tour. 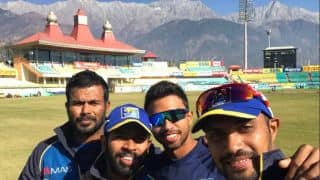 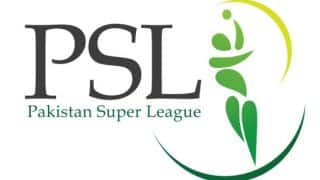