Virat Kohli has struck four boundaries in his innings of 35 so far.

Virat Kohli, India’s middle-order batsman doesn’t stops to impress. He is batting on 35 off 31 balls during India vs Sri Lanka, Asia Cup 2016 match played a Shere Bangla National Stadium in Mirpur, Dhaka on Tuesday. In his last match, he smashed a match winning 49 against arch-rivals Pakistan. When Kohli reached 29 in the current match, he had already hit four shots to the fence. His innings exuded his class with some brilliant shots which helped him to also rotate the strike along with an occasional boundary. It was a pressure knock as he saw wickets tumbling at the other end. Kohli’s form will be critical for India and also the opposition in the upcoming matches of the tournament. Live Cricket Scorecard: India vs Sri Lanka, Asia Cup T20 2016 Match 7 at Dhaka

Virat Kohli made a 54-run partnership for the third wicket with Suresh Raina as India lost their second wicket in the form of Rohit Sharma when the scoreboard read 16. Raina scored 25 with the help of two fours. After Raina’s dismissal, Kohli continued his disciplined batting. He was diplomatic in his approach as he was always on the look out for a quick single after hitting a four.  India were not chasing a big score and Kohli accordingly tailored his batting as per the situation. Live Blog: India vs Sri Lanka, Asia Cup 2016 IND vs SL, 7th T20 Match at Dhaka

Yuvraj, who replaced Raina made his intentions clear as soon he came. He hit two back-to-back sixes off Herath making Kohli’s job easier. At that moment, Yuvraj was batting at a strike rate of 300 having scored 18 off just six balls. India then needed 45 runs from the last seven overs. If Yuvraj continues in this fashion, Virat getting to his fifty is looking a bit far-fetched. 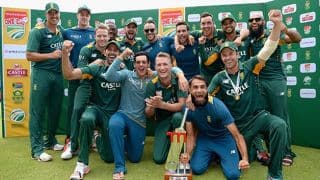 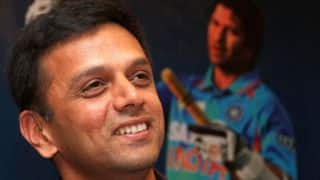