The live cricket streaming of India vs Sri Lanka 2017 2nd ODI at Kandy will be available on Sony LIV.

India have so far been superior of the two sides across the 3-Tests and first One-Day International (ODI) on their Sri Lanka tour. Sri Lanka, on the other hand, have been a pale shadow of their former self that were once unbeatable at home regardless of the opposition. This series has constantly seen a downfall of the hosts on and off the field. With the second ODI just hours away, Sri Lankan management have a lot to ponder upon mostly picking the strong suited playing XI. Coach Nic Pothas has already been in the thick of things regarding team selection and fitness of their national players. 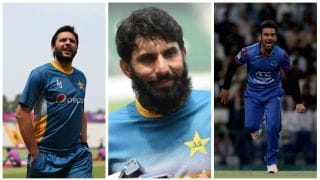