India will be without the likes of Virat Kohli, MS Dhoni, Hardik Pandya, Bhuvneshwar Kumar and Jasprit Bumrah.

Cricket returns to the Emerald Island as Sri Lanka gear up to host India and Bangladesh in a Tri-Nation T20I tournament. The second-ever Nidahas Trophy (1st in 20-overs format) will be played to commemorate the 70th year of Sri Lanka s independence. All three regular captains Virat Kohli, Angelo Mathews and Shakib Al Hasan have been rested or injured, leaving their deputies in charge. Devoid of star players, India, Bangladesh and Sri Lanka have ample chance to test out upcoming players from respective nations.

The opening match of the series will see India challenge Sri Lanka. Led by Rohit Sharma, India will be eager to check their bench strength having rested most of the regular players. The onus will be on experienced players like Suresh Raina, Dinesh Karthik, Shikhar Dhawan and KL Rahul to rise to the challenge. It is perfect opportunity for fringe players like Manish Pandey and Karthik to stake claim to the No. 4 slot. Raina s presence in the team makes a huge difference as he provides stability to a fragile batting line-up. Karthik s wicketkeeping skills are unquestionable but his temperament while batting needs to be polished.

The all-rounder s position will be contested by Washington Sundar and Vijay Shankar. Sundar might be given first chance, having featured for India before. Deepak Hooda, too, is expected to be handed his debut cap, to strangle the Lankans in the death overs. Shardul Thakur, Jaydev Unadkat and Mohammed Siraj are likely to be India s pace trio. Yuzvendra Chahal and Akshar Patel will marshal the spinning duties.

Even before the Nidahas Trophy started, Sri Lanka were presented with problems of their own. Mathews, Asela Gunaratne and Shehan Madushanka will miss out due to injuries. Niroshan Dickwella has been dropped due to poor form. However, they will be happy to see Kusal Mendis, Nuwan Pradeep and Jeevan Mendis return. Dinesh Chandimal will rely on experienced players like Suranga Lakmal, Upul Tharanga and Thisara Perera.

The bowling will be spearheaded by Lakmal, supported by Thisara along with the help of Akila Dananjaya and Dushmantha Chameera. This series will be important from Sri Lanka s point of view, as it will provide a clear image of the nation s cricketing future. 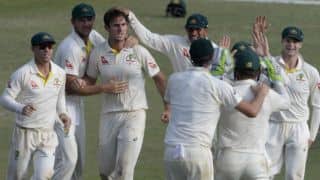