Sri Lanka will begin their tour matches against India from November 11.

After a forgettable tour against Pakistan, Sri Lanka will head to India in a week s time. The last time Sri Lanka toured India for Test series in 2009, the latter won by 2-0. However, the case falls against Sri Lanka further. Sri Lanka have not won a Test in India. They have also not won a Test in Australia.

From the current squad, Angelo Mathews is the only batsman who has the experience of playing Test in India. Then, Mathews had missed his maiden Test century in Mumbai by a whisker due to a mix-up between him and Muttiah Muralitharan. Sachin Tendulkar was the man who denied him one. However, fit-again Mathews has scores to settle.

Mathews has been out of action since the India series. Earlier, he had resigned as captain of Sri Lanka after they lost the series against Zimbabwe. It has not just been a pleasant year for Sri Lanka but for Mathews as well.

In an exclusive interview with cricbuzz, Mathews speaks about his comeback. He also urged a bogged down Sri Lankan side to play positive cricket against India.

On his comeback: It’s been a very frustrating couple of weeks watching from home the guys playing. But having said that, I had a good three years from 2013 to 2016 where I never missed a game. Eventually the body took a toll on me. I have spoken to a few doctors in Colombo and in UK. The trainers have set up a programme for me and just need to follow that. I have been told to manage my workload. I had good chat with the selectors. Me bowling in shorter formats of the game gives the side much needed balance, but perhaps not in Test cricket as there are few risks.

On the India series: It will be a tough series no doubt. We know that India has been always tough for us. Our preparation has been good. The Test boys seem to be doing well. It’s all about going out there with a positive mind. We shouldn’t worry about what happened to us during the Indian series at home.

On missing his maiden Test century against India in 2009: It was very hard for me. I was only 22 and I was greedy to get that maiden Test hundred – everyone would be eager to get there. I hit the ball nicely and it nearly went to the boundary. I attempted to get the run which would have completed my hundred, but I was chancing the arm of Sachin Tendulkar. He ran me out. I was just a couple of inches short. I walked back a very frustrated man. In hindsight, it was a very good learning experience. The whole tour was a good learning experience. It was tough for us.

On spreading his experience to young team: I am the only guy to have played Test cricket in India among the batters. I am looking forward to help the other guys. Some of the guys have experience of playing ODI cricket and IPL in India. It will be a good series against a very strong Indian side. 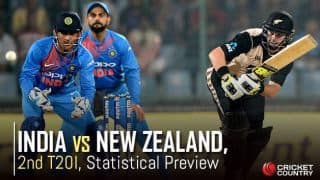 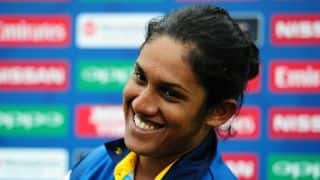