Catch the live score of the Under-19 5th place playoff between India and Sri Lanka here.

India under-19 and Sri Lanka under-19 take on each other in the fifth place play-off after both the teams were knocked out of the ICC Under-19 World Cup in the quarterfinal stages.

India, who were the defending champions, were knocked out of the premier under-19 tournament by England, whereas Sri Lanka lost out to Pakistan. Before the tournament kicked off, India were labelled as one of the favourites to win the competition and retain the title, but didn’t turn up in their best form during the quarterfinal encounter against England.

After defeating India, England take on Pakistan in the first semi-final of the tournament, and the second semi-final is to be played between Australia and South Africa. 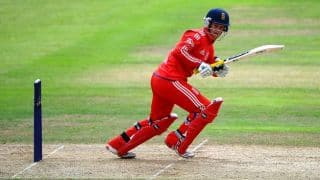