Kohli was seen sitting on his knees as he checked the pitch. And soon, his memes flooded the Internet. On Sunday, rain and a damp pitch ensured the first T20I at Baraspara Stadium in Guwahati was called off even without a ball being bowled. The official Twitter handle of the Board of Control for Cricket in India (BCCI) posted a picture where skipper Virat Kohli was spotted taking a close look at the pitch.

Kohli was on his knees and with his hand was trying to get a feel of what the pitch was. Fans on social media have found it funny and it has become a viral meme.

Here are the top memes that are doing the rounds:

Girls before marriage : I would get married in a family where they would let me be independent and also let me be myself.

Things also reached a stage where the groundsmen used hair-dryers to dry the pitch, a move that has been criticised. The second match of the three-match series is scheduled for Tuesday in Indore.

At Indore, rain is not expected and a full match is on the cards which should come as good news for fans. 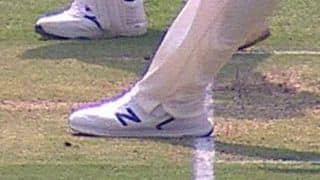