India went on to lose the game in the last ball, when Dhoni was dismissed, with India requiring just a couple off the last ball against the West Indies in Florida.

India’s top batsman, Kl Rahul scored his maiden century in T20I cricket, against reigning world T20 champions West Indies in the first of the two-match Twenty20 International (T20I) series, at the Central Broward Regional Park Stadium in Lauderhill, Florida on Saturday. It was also the second fastest century in the world, as he also became the third Indian to score a century in T20I cricket. It was also the highest score by an Indian in T20I cricket. Nevertheless, India went on to lose the game in the last ball, when Dhoni was dismissed, with India requiring just a couple off the last ball, as Dwayne Bravo had the winning moment of the day. FULL CRICKET SCORECARD: India vs West Indies 2016, 1st T20I at Florida 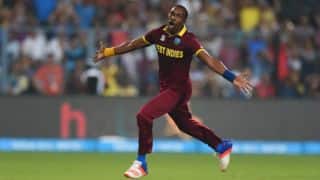