West Indies will be bolstered by the return on Carlos Brathwaite, Darren Bravo and Kieron Pollard in their squad as they take on India at Eden Gardens on Sunday.

After beating West Indies in the ODI series, India would look to extend their dominance over them in the three-match T20, the first of which will be played on Sunday at Kolkata’s Eden Gardens. With Kohli rested for the three matches, Rohit Sharma will lead the side against the reigning World T20 champions.

The Windies will be bolstered by the arrival of star players Carlos Brathwaite, Darren Bravo and Kieron Pollard. The stats also favour the World T20 holders who have a five-two record from eight exchanges from 2009-17. India failed to overcome Brathwaite’s men in their last four encounters.

India’s last win against West Indies came way back on March 23, 2014 in the World T20 in Bangladesh, and Rohit will have his task cut out in his quest to start well at his happy hunting ground. Kohli’s absence would mean KL Rahul will come into the picture while Dinesh Karthik and Rishabh Pant are expected to add firepower in the middle order alongside Krunal Pandya.

Pant is expected to fulfil the wicket-keeping responsibilities while Karthik could take on one of the positions in the outfield. 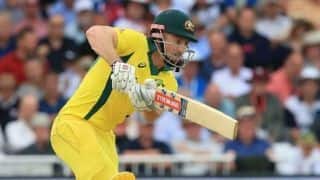