Harmanpreet Kaur will lead a bunch of confident ladies as India Women's cricket team take on the world champions, West Indies Women, in the first of the three Women's Twenty20 Internationals (T20Is) on Friday.

Harmanpreet Kaur will lead a bunch of confident ladies as India Women’s cricket team take on the world champions, West Indies Women, in the first of the three Women’s Twenty20 Internationals (T20Is) on Friday. The match will be played at the Dr. Gokaraju Liala Gangaaraju ACA Cricket Ground, Mulapadu. India Women have recently pulled off a 3-0 whitewash against the visitors in the One-Day Internationals (ODIs) and the in form Indian Eves will now be eager to have victorious run in the T20I format as well, as they have three more matches in hand with West Indies Women. READ: India vs West Indies, 3rd Women’s ODI Match Report: Rajeshwari, Veda help hosts register 3-0 clean sweep

This will be a challenging series for Harmanpreet, given it is her first after becoming the leader of the pack. What makes it tougher is her not so good run with runs in the ODIs recently. The Indian batting line-up is vividly dependent upon this flamboyant middle-order batter and the first think they would want is to have one of the most talented players of the side back in form. READ: VR Vanitha: Harmanpreet Kaur is aggressive in nature, like Virat Kohli

West Indies in the ODI series have pretty much disappointed everyone with their performance. In the T20I series, they will be expected to comeback with more confidence and definitely positive cricket. Both the men’s and women’s team of West Indies are known for their hard-hitting abilities, which was missing in the recent series. What is more surprising is the fact that the team recently spent ample time in India, playing in the ICC Women’s World T20 2016 and eventually winning the title. The team had had enough time to understand how Indian pitches work and were expected to put up good competition, which could be hardly found apart from the last ODI.

Havong said that, the hosts did not do any better either. Though the series was one-sided with the hosts dominating it throughout, there surely is room for improvement. The team’s performances have been dependent upon individual performance. The batting has been vividly dependent upon Mithali Raj while Veda Krishnamurthy was also seen stepping up and taking responsibilities. The top-order has been consistently underperforming and have lost wickets early, which creates a lot of pressure in the middle-order batters to hold on the innings as well as score good runs.

Talking about improvement, another area is the pace bowling. The Indian bowling attack is led by Jhulan Goswami who is one of the most experienced members of the side. But Jhulan has been inconsistent lately. In the ODI series, she bagged only 2 wickets and went wicketless in two matches. Against West Indies, who have a long batting line-up, Indian bowlers have a big role to play and with their No. 1 bowler being out of form, it will be hard for the team to play up to expectation.

However. the positives for India must be the consistent performances of Mithali Raj and Veda Krishnamurthy with the bat while Rajeshwari Gayakwad will be one name among the other successful bowler who will be depended upon.

West Indies team have done very ordinarily in the series, which defies their World Champion tag. They made a comeback in the final match though, putting forward a team performance with the bat. Unlike India, who had put up the runs depending upon the solo fireworks by Veda, it was a joint effort by Hayley Matthews, Merissa Aguilleira and Kycia Knight which kept their hopes of winning the match alive. However, the target was too big in front of the Indian bowling attack. West Indies will have to put up a balanced performance with both bat and ball in the upcoming series in order to win it and take a sweet revenge for the ODI series. 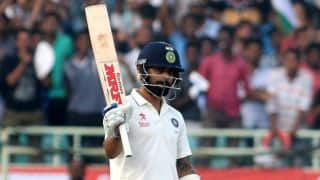