India skipper Mahendra Singh Dhoni on Tuesday, said that switching over to the Test format only days after finishing a gruelling one-day series involves a big change. However, he hopes the side will not have a problem in adjusting to the longest version of the game. 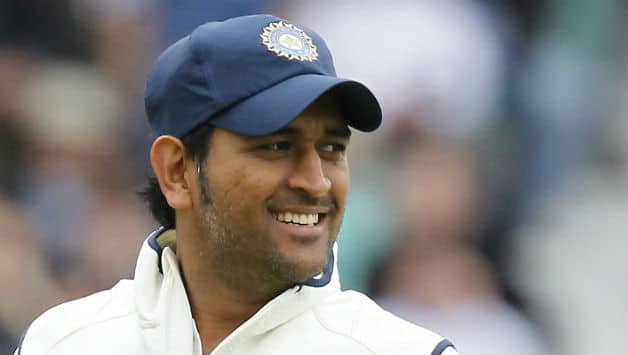 India skipper Mahendra Singh Dhoni said on Tuesday, that switching over to the Test format only days after finishing a gruelling one-day series involves a big change. However, he hopes the side will not have a problem in adjusting to the longest version of the game.

“It’s a big change and I accept the fact that wickets are slow and the ball doesn’t come to the bat as in One-Day Internationals (ODI). You have to judge the pace of the wicket and if you don’t do that there may be quite a few dismissals at short cover or point or mid-off. But it has been addressed. We hope we won’t have a problem adapting to the format,” Dhoni said on the eve of the first Test against the West Indies at the Eden Gardens in Kolkata.

However, Dhoni refused to answer a query on whether he was consulted by the Board of Control for Cricket in India (BCCI) before announcing the series. “It is between me and the BCCI,” replied Dhoni.

Asked whether the team management has decided on whether it would opt for Ajinkya Rahane or Rohit Sharma for the first Test, Dhoni said it depended on the team choosing to play with five bowlers or with one who can bowl and bat.

“It depends upon whether we are plying five bowlers or someone who can bowl and bat. The decision is one but it has different aspects. If we play five bowlers, both will not play. So, we will have to wait and watch regarding the team composition,” he said, adding that pacer Shami Ahmed, who has been included in the Test squad for the first time, was shaping up well.

“He is part of the side, so he is ready for Tests. He is shaping up really well. In ODIs, he has given us early breakthroughs, can bowl with pace and yorkers. Overall, he looks very good. We are working on him and his fitness.”

“Unlike others, he is very controlled. He does not go for big shots even after completing a century. He doesn’t go for fours and sixes, but relies on finding gaps.”

Dhoni was seen bowling to Sachin Tendulkar in the nets during the day.

“There were not many who could bowl seam up. The practice wicket was helpful. With no one around to bowl seam up, I was the one. So, I was just discussing that with Sachin and having a bit of fun,” he said.

Dhoni did not make any categorical comment about the wicket. “The wicket has been watered now and we will assess only after it dries.”