India are chasing 322 to win against West Indies in the first One-Day International (ODI) at Kochi. They are struggling at 132 for five and are in huge trouble.

Ravindra Jadeja and Shikhar Dhawan are facing a big task here at Kochi. Jadeja got his first boundary off Darren Sammy’s bowling as he drove it through the off-side. But the boundaries have been few as they have lost wickets at regular intervals, which has severely pegged them back in this run-chase. 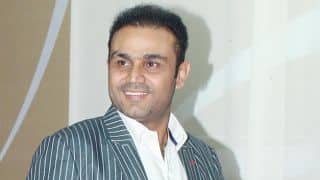 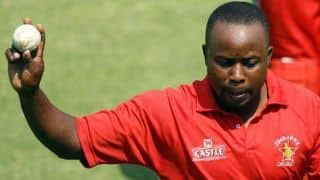