West Indies are now consolidating after they lost a few wickets in the first One-Day International (ODI) at Kochi. In 28 overs, they are 145 for three. Marlon Samuels and Denesh Ramdin are batting in the middle. Both batsmen now face the task of building a good score. They have to ensure they get to that. Kieron Pollard, Andre Russell and Darren Sammy are yet to bat. 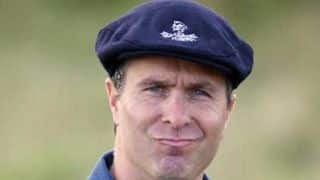