India vs West Indies 2014 2nd ODI against West Indies : India off to a shaky start
By CricketCountry Staff

India got off to a shaky start against West Indies in the second ODI match played at Feroz Shah Kotla Stadium on Saturday.

Shikhar Dhawan came out to open the batting for India but Dhawan was knocked out Jerome Taylor only in the second over of the match. Dhawan was middling the ball well but missed the inswinging delivery from Jerome Taylor which ended his short stay at the wicket. Ambati Rayudu joined Rahane and the both knocked around the ball nicely and steadied the Indian boat. 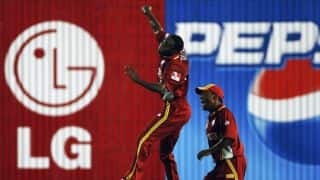 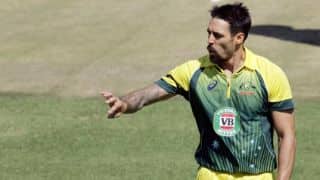