India vs West Indies 2014: 3rd ODI at Visakhapatnam cancelled due to cyclone Hudhud

India vs West Indies 2014: 3rd ODI at Visakhapatnam cancelled due to cyclone Hudhud

The third ODI between India and West Indies was to be at Visakhapatnam.

With the series tied 1-1, India were scheduled to take on West Indies in the third One-Day International (ODI) at Visakhapatnam. However, with cyclone Hudhud having thrown a spanner into the works, there is a good chance that the ODI might be cancelled.

Earlier, according to PTI,  a spokesperson for the Andhra Cricket Association said, “The cyclone is expected to cross the coastline by post lunch time tomorrow (October 12). Therefore, the one day match (on Oct 14) is not going to be affected. It will go on smoothly.”

Reports were rife in the media that the ODI would be cancelled but there was no official word on Sunday. However, it has become clear now that the BCCI has decided to call it off. 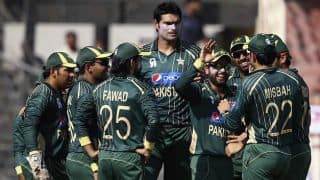 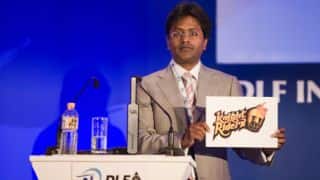