BCCI’s chief curator Taposh Chatterjii on Sunday inspected the pitch at the Jawaharlal Nehru Stadium, venue of the first One-day International (ODI) between India and West Indies on October 8, and hoped it would have something for both batsmen and bowlers.

“Basically, the one-day pitch is bat dominating one. But something should be there for bowlers also and we will try to balance everything,” he told reporters after inspecting the pitch.

Meanwhile, ticket counters for the ODI opened at the stadium. The counters will operate from 10.00 am to 5.00 pm till Tuesday. On the match day, tickets would be available only at the Palarivattom branch of Federal bank. Money generated through ticket sales in 39 select branches of Federal bank has crossed Rs 42 lakh. 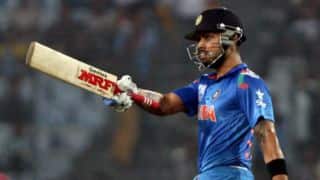 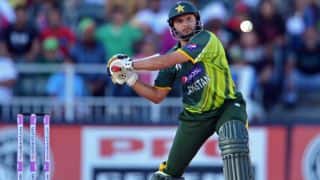 Pakistan vs Australia, Live Cricket Score only T20I at Dubai: Australia win by six wickets with 6 overs to spare