Denesh Ramdin feels India are a tough side to beat at home.

West Indies Test skipper Denesh Ramdin on Thursday said that beating India at home would be an uphill task but felt the hosts would be under pressure after their poor outing in England. “The last time we were here, we were inexperienced. We are more aware of the conditions now. It is a very difficult team to beat but having said that cricket is a funny game. They will be under a lot of pressure because they came from England. So hopefully we have a good outing and if we win the first Test, you never know,” Ramdin said in an open media interaction.

The wicket-keeper batsman said it was important for his side to play to the best of their ability as India would have the home advantage. “It was a very challenging series for them in England. But when your team is playing at home, they feel more comfortable and have that crowd support. We are away from home and we need to come up with our A game. We are going to have some good days and some bad days, but you need to take the good ones and move forward,” the 29-year old said.

“A strong Indian team at home is hard to beat. It is going to be a tough series here because it is very hot. Hopefully, our bowlers can stand up to it and our batsman can come up trumps,” he added.

The Trinidadian said being patient in India would be the key for his side. “The pitches would be slow and turning. We as players like the ball coming onto the bat, so we need to be more patient. I think patience is the rule in this series for both batting and bowling,” he said. Ramdin, who is of Indian descent, added that India depends a lot on their spin attack but the visitors can negotiate it effectively. They have good players like (Virat) Kohli, (Mahendra Singh) Dhoni, all those guys are fantastic players. When they play at home, they beat teams convincingly. I think they depend a lot on spin bowling. I think we can bat their spin bowling pretty well in this series and counter-attack that and not give them early wickets when the new ball is there,” he said. 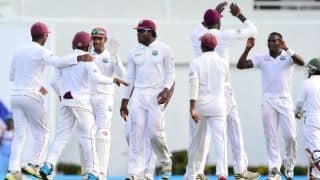 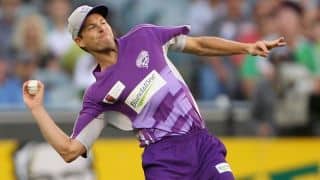