The WICB statement said the meeting would allow to conduct a "thorough assessment".

In a statement made late Friday, following an emergency teleconference of its directors, the WICB said a contingent comprising WICB Chief Executive Officer, Michael Muirhead, chairman of the cricket committee, Julian Charles and WIPA President and CEO, Wavell Hinds, was expected in India Monday, reports CMC.

West Indies players, however, walked out on the tour Friday following the fourth One-Day International (ODI) in Dharamsala, upset by the lack of a resolution to the pay dispute with WIPA.

They have argued that the recently signed Collective Bargaining Agreement and Memorandum of Understanding (CBA/MOU) between WIPA and the WICB would result in a substantial loss of earnings for them.

“The WICB regrets that the delegation which was pre-scheduled to travel to India to meet with the players on a number of issues will no longer be able to conduct such meeting at which the intention was also to discuss the concerns of the players,” the WICB statement said.

“This meeting was scheduled prior to any issues being raised with the new MOU/CBA and it was intended to acquaint all the parties of how it would roll out. This was necessary as the WICB did not have an opportunity to so do in the Caribbean due to the logistical challenges of assembling all the players prior to departure for the tour of India (some of the players were already in India participating in the Champions League).

“The WICB CEO, Muirhead and WIPA President/CEO Hinds had been in negotiations with regard to finding a mutually agreeable position to allow for the full tour to be completed.”

Now, the WICB will turn its attention to an emergency meeting of its directors here Tuesday, where several key decisions are expected to be made.

Media reports Friday said the Indian cricket board (BCCI) was considering sanctions and possible legal action to recoup losses for the abandoned tour.

The WICB statement said the meeting would allow the Caribbean to conduct a “thorough assessment of all the ramifications of the premature end to the tour and any action which may be necessary therefrom”.

In a move aimed at quelling reports it had been responsible for the cancellation of the tour, the WICB said it had been informed that the players were withdrawing their services.

“As a result of this action by the players the WICB was left with no option but to advise the BCCI that it will no longer be able to provide a West Indies team for the remaining five matches (5th ODI, T20 International, three Test matches),” the Board said.

“The WICB wishes to further clarify that its proposed alternative arrangement of a replacement West Indies team was not considered acceptable. The WICB is understanding of this position.”

The statement continued: “The WICB unreservedly apologises to West Indian fans and all cricket fans for this most regrettable situation and the premature end to the tour.

“The WICB unreservedly apologises to the BCCI, their sponsors, broadcasters and other stakeholders for the premature end to the tour.”

“The WICB thanks the BCCI, their sponsors, broadcasters, other stakeholders and fans for their patience and understanding during the first four ODIs. The WICB wishes the BCCI every success with the proposed alternative arrangements and looks forward to the continuation of the strong and longstanding relationship between the two boards.” 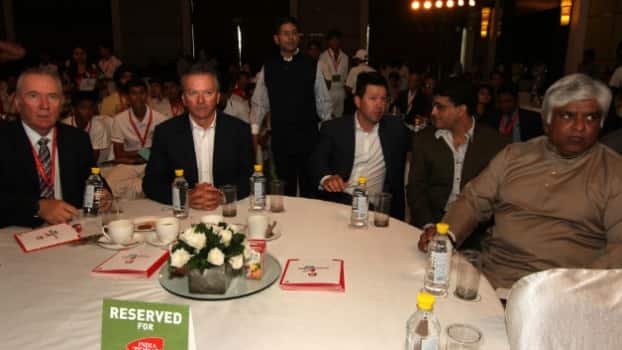