The threat of rain looms large over the first ODI of the five-match series even as Indian and West Indies cricketers started to arrive in batches for the day-night encounter at the Jawaharlal Nehru International Stadium on Wednesday.

The meteorological department has forecast scattered rain in Kerala for the next two days and also added that it would be fairly widespread. But putting on a brave face T.C. Mathew, president of the Kerala Cricket Association (KCA), said that the cricket body was well prepared to handle any such situation. Mathew said there was nothing to worry as the stadium has an excellent drainage system.

“In two hours time the ground can be made ready, so that’s not a worrying factor. Barring the rain, each and every aspect has been taken care of. Ticket sales are fine but it’s not like the previous match, when sales were brisk. May be, the absence of explosive batsman Chris Gayle is the reason, but nevertheless you can expect a near full house,” said Mathew.

Wednesday’s match would be the 10th ODI in Kochi since the first match in 1998. The ground has been a happy hunting ground for India, who have won six, lost two and and one match was washed out without a ball being bowled.

“We expect the pitch to be both good for batting and pace, but then all depends on the rain. It could be a cracker of a contest,” added Mathew.  The stadium has 50,000 seats and tickets are priced from Rs.200 to Rs.1500. 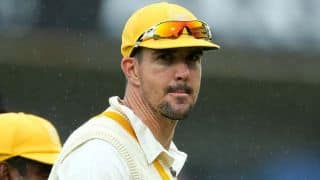