"We hope that our audience will enjoy the latest offering on YuppTV, catching the live and exclusive India vs WI T20 matches," said Uday Reddy, CEO of YuppTV.

New Delhi: Internet-based TV service provider YuppTV on Tuesday announced securing the exclusive broadcast rights of the two-match T20 International series between India and the West Indies to be played at Central Broward Regional Park in Florida on August 27-28. The T20 series will be available live on YuppTV through multiple internet-enabled devices like smartphones, tablets and Smart TVs, the company said in a statement. “We hope that our audience will enjoy the latest offering on YuppTV, catching the live and exclusive India vs WI T20 matches,” said Uday Reddy, Founder and CEO, YuppTV. this is the first time both the teams would be playing international cricket in USA. FULL CRICKET SCORECARD: India vs West Indies 2016, 1st T20I at Florida

Visitors and former world champions India take on the reigning Twenty 20 (T20) champions West Indies in a two-match Twenty 20 International (T20I) series in United States of America (USA) on August 27 and 28, at the Central Broward Regional Park Stadium in Lauderhill Florida. This would be the first time ever, the two teams would be playing a limited-overs series in the USA. VIDEO: Kohli looking ahead to IND vs WI T20I series in USA

With the series being T20s, India would like to make a fresh start in their T20 campaign and avenge the West Indies, who beat them in the ICC World T20 2016, held in India earlier in 2016, where India lost to the Windies in the semi-final, as they were drubbed of a chance to win their record second World T20 title, while the Windies went on to the final and beat England to win their record second title. Therefore, the series expects to be a cracker, and would be interesting to see how things turn out, especially in the USA, where cricket is hardly a regular sport. 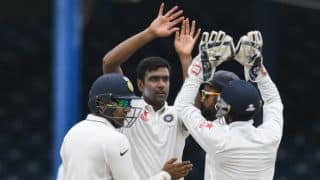