Head coach Anil Kumble & Team India members have reached the West Indies where they will play the hosts in a 4-match Test series.

Indian team along with coach Anil Kumble and support staff arrived at the St.Kitts to kick start their tour of the West Indies. Kumble after reaching announced Team India’s arrival via a tweet on Twitter. India will be playing West Indies in a four-match Test series starting July 21. Before kicking of the Test series, India are to play WICB President’s XI in a two-day game starting July 9 followed by a three-day game. This Test series will be a test for recently appointed head coach Anil Kumble. Virat Kohli will be returning into action after Indian Premier League (IPL) season 9. He will be leading the side on the Caribbean tour. India are currenly on second spot in ICC Test rankings whereas West Indies stand at eighth spot. FULL CRICKET SCORECARD: India vs West Indies, 1st Test at Antigua

The opening Test is scheduled at the Vivian Richards Cricket Ground in Antigua from July 21 to 25. The other three Test matches are scheduled to be held at Sabina Park in Kingston, Jamaica (Jul 30-Aug 3), Darren Sammy National Cricket Stadium in Gros Islet, St Lucia (Aug 9-13) and Queen s Park Oval, Port of Spain, Trinidad (Aug 18-22). India last toured the Caribbean islands for a Test series was in 2011 that the visitors won by 1-0 margin. 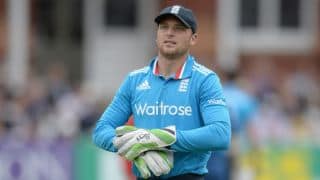