Follow all the live updates from the India vs West Indies 2018, 1st ODI in Guwahati

Hello everyone! Welcome to our live coverage from the 1st ODI of the five-match series between India and West Indies to be played in Guwahati. The preceding Test series between the two sides turned out to be a one-sided affair with India sealing a 2-0 clean sweep. The story might continue in the ODIs as well considering the fact that West Indies haven’t won an ODI series in India in 12 years.

India are second in the ICC ODI Championship with 122 ratings points, while the tourists are down at ninth behind Bangladesh and Sri Lanka and two points ahead of Afghanistan. India’s previous limited-overs assignment was the Asia Cup title in the UAE which they won with an unbeaten record. West Indies, by contrast, lost the ODI and T20I parts of their home series with Bangladesh and earlier this year were runners-up at the 2019 ICC Cricket World Cup Qualifiers in Zimbabwe. Click here to read more 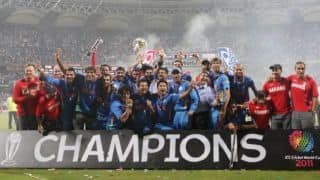 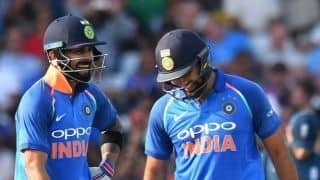 India vs West Indies 1st ODI LIVE streaming: When and where to watch and follow live