Live score and updates from Day 2 of the second Test between India and West Indies being played at the Rajiv Gandhi International Stadum in Hyderabad.

The opening day of the second Test between India and West Indies in Hyderabad saw the visitors put up a much-improved performance with the bat, with Roston Chase and skipper Jason Holder forging a 96-run stand for the sixth wicket to take the side to 295 for 7. Chase is two short of his fourth Test century, and will be hoping for support from the last three batsmen to accumulate as many runs as possible as West Indies remain in sight for their first 300-plus total in five innings. Sri Lanka vs England, 2nd ODI Live Streaming: When and where to watch and follow live 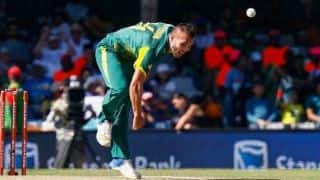