Follow all the live updates from the India vs West Indies 2018, 5th ODI in Thiruvananthapuram

Hello everyone. Welcome to our live coverage from the fifth and final ODI between India and West Indies to be played in  Thiruvananthapuram today. India have a 2-1 lead in the series and will hope to carry the momentum of their win in the 4th ODI when they recorded a dominating win against West Indies. On the other hand, West Indies have matched India’s batting might in the opening three ODIs. They lost the first match but the tied the next and did one better by winning in Pune to draw level at 1-1. But India launched a terrific comeback in Mumbai as they outclassed the visitors to reclaim the lead.

West Indies, thoroughly beaten in the two-Test series, threatened to throw the predictions of utter domination by India in the ODI series. They scored two 300-plus totals – one in defeat, the other resulting in a tie. Then they shocked India in Pune, giving their high-flying hosts a timely wake-up call. And Virat Kohli’s men responded in kind. Click here to read the full preview. 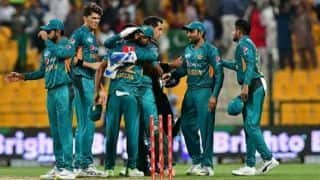 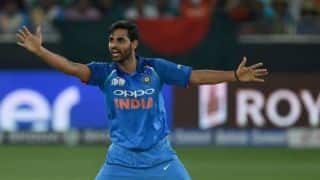