Not pleased the start-stop nature of the first India versus West Indies at the Providence Stadium in Guyana on Thursday, Indian skipper Virat Kohli termed such matches as the “worst” thing in cricket.

The first match of the three-match ODI series was first reduced to a 43-over-a-side affair and then was cut down to a 34-over-a-side encounter before being eventually called-off with the hometeam scoring 54 runs from 13 overs, losing Chris Gayle. The left-hander equalled Lara’s record for the most by a West Indian.

Kohli was left frustrated with the turn of events and said that such matches can lead to injuries.

“It’s probably the worst thing in cricket, the start-stop game. The more stops you have, the more you have to be careful about injuries on the field. Some of the pitches can really test you,” said Kohli.

Kohli also spoke about challenges in playing Caribbean, saying while “some pitches offer good pace and bounce, others could be on the slower side”. “You have to assess them and play accordingly,” said Kohli.

The second ODI of the series will be played on August 11 at the Queen’s Park Oval, Port of Spain in Trinidad on Sunday.

While India, who won the three-match T20I series across Florida and Guyana 3-0, will be keen to maintain their unbeaten run, West Indies, who had a disappointing run in the ICC Cricket World Cup 2019 will be looking to register their first win against India in the ongoing series. 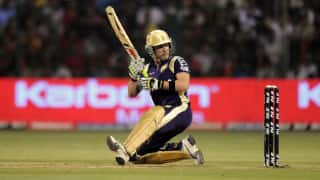