After the first ODI was washed out due to rain, India and West Indies start afresh in Port of Spain.

It was supposed to herald a new four-year cycle for the teams post World Cup 2019, but rain ensured it wasn’t to be. The first ODI between India and West Indies was abandoned after just 13 overs in Guyana. On paper, it was to be the three-match series opener but due to the little game time either side managed from the washed out first ODI, they will look forward to Trinidad hoping to get things finally underway, starting a long journey towards shaping up themselves for the next ODI World Cup.

There’s wasn’t much one could glean out of the performances in Guyana. Although, for West Indies the performance of opener Chris Gayle must be a cause for concern who struggled through his innings before being bowled. However, the other opener, Evin Lewis, has showed some form after struggling through the three T20Is.

India, of course, start as the favourites and not just because of the momentum they will be carrying after T20I series clean sweep. Their record at the Queen’s Park Oval also gives them the psychological advantage. India haven’t lost to West Indies at the venue since 2006. In their previous five meetings here, India have won four times with one producing no result. West Indies have lost six of their last seven matches here. Not very promising stats for the hosts who are hoping for a turnaround after finishing ninth among the 10 participating teams at the World Cup.

Weather: Partly cloudy with a 20 percent chance of rain

West Indies were 54/1 in 13 overs when rain arrived in Guyana. During that brief stage when play was possible, Gayle struggled, managing 4 off 31 runs. With Gayle not being selected for the Test series, a his performance in remaining two ODIs will be deeply scrutinised. A failure could result an end to his international career but success could prolong it just a little. That would mean a young opener in John Campbell will have to sit out, at least for the ongoing series. But should Gayle fail again and with West Indies faced with the scenario of levelling the series in the third game, will the captain and the management take the big call of dropping the opener? Or will sentiments take precedence? Expect them to field the same playing XI for this contest though.

Again, not much takeaways from the performances in Guyana. Pacer Khaleel Ahmed, though, was expensive in his three overs, going for 27 runs. With Navdeep Saini who left quite an impression in the T20Is, waiting, pressure is on Khaleel.

“Some pitches offer good pace and bounce; others could be on the slower side. You have to assess them and play accordingly,” Kohli on Caribbean pitches

“We had quite a bit time to sit back and think of how the World Cup went and our shortcomings. I think we did not bat for longer period of time, guys batting deepen have to take the responsibilities. That is the area we want to pin-point and correct it,” Jason Holder

#The 2nd ODI will be Gayle’s 30oth overall. He has so far played 296 ODIs for West Indies and 3 for ICC World XI

#Kohli is 77 runs behind Sourav Ganguly’s ODI tally of 11363, who is currently the eighth in the all-time highest ODI run-getters list 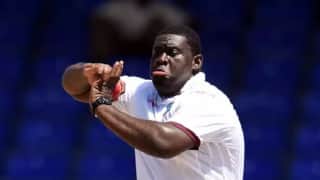 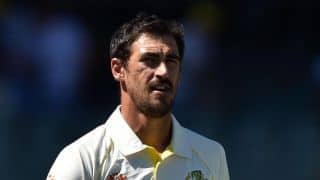