Pollard was found guilty following the hearing and fined 20 per cent of his match fee and consequently has had one demerit point added to his record.

West Indies allrounder Kieron Pollard was found guilty of breaching the ICC Code of Conduct in the second Twenty20 International against India at Lauderhill in Florida on Sunday and has been fined 20 per cent of his match fee, the ICC announced.

Accordingly, Pollard has been handed one demerit point for breaching Level One of the Code. “Pollard was found to have breached Article 2.4 of the ICC Code of Conduct for Players and Player Support Personnel, which relates to disobeying an Umpire’s instruction during an international match,” the ICC said in a media release.

The incident occurred after Pollard failed to follow the on-field officials’ advise and repeatedly called a substitute onto the field despite having been repeatedly told by the umpires that a request must be made for a substitute to come onto the field and being advised to wait until the end of the next over. He failed to follow the umpire’s instructions.

“The player denied the offence and as such had a formal hearing in front of match referee Jeff Crowe of the Emirates Elite Panel of ICC Match Referees. Pollard was found guilty following the hearing and fined 20 per cent of his match fee and consequently has had one demerit point added to his record,” the release added.

India won the second T20I by 22 runs (Duckworth-Lewis method) to seal the three-match series 2-0. The final match will be held at the Providence Stadium in Guyana on Tuesday. 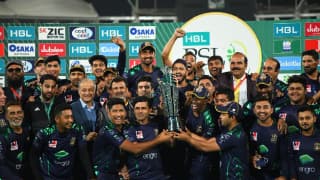