Kohli also was all praise for seamer Depak Chahar, who got 3 for 4 in his first spell to set the ball rolling for India.

Skipper Virat Kohli doesn’t want to put undue pressure on young Rishabh Pant as he is the one for the future, who needs to be given some space to display his full potential.

The 21-year-old Indian ‘keeper, who is expected to be MS Dhoni‘s successor was widely criticised for his shot selection in the first two games but came up trumps in third T20 International with a cracking 65 not out off 42 balls in company of his skipper.

“We are looking at him (Pant) as the future. He has got a lot of skill and lot of talent. It is about giving him some space and not putting too much of pressure,” the skipper made his intentions clear.

He has been around for a couple of years now and Kohli feels that he will soon start finishing games more consistently. “He’s come a long way since he’s started. It’s about winning and finishing games like these. In international cricket, you need to tackle pressure differently. If he plays like this regularly, we will see his potential shine for India,” Kohli said.

He was all praise for seamer Depak Chahar, who got 3 for 4 in his first spell to set the ball rolling for India. The skipper compared him to senior pro Bhuvneshwar Kumar.

“Deepak is similar to Bhuvi. With the new ball, Deepak’s skill is up there with Bhuvi. Bhuvi however has more experience at the death. Swing has been his (Deepak) USP in the IPL too. He is really lethal with the new ball puts the batsmen in real trouble,” the skipper was all praise.

A 3-0 whitewash is certainly satisfactory, and the skipper would like to carry on the momentum into the ODI series.

“It was a clinical performance. We wanted to try out players, but priority was to win games. Deepak was great, Bhuvi professional as always. The wicket over here was much better than the one in Miami. West Indies got to a decent total because of the wicket, but we were professional with both ball and bat,” the skipper added.

The skipper dubbed the West Indies ODI side as a stronger outfit and would want his side to maintain the consistency.

“We want to be as professional as possible in the ODIs and Tests. We want results, to win games of cricket. The Windies ODI team is even stronger, so it will be hard work, but we will try to have fun as a team for a month.” 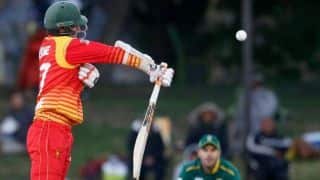