Ishant took three wickets from his final three overs to complete his ninth five-wicket haul in Tests as West Indies trail by 108 runs with just two first innings wickets in hand on Friday.

“There was rain and after that the ball became wet and there was nothing happening (with the ball). So, we thought we can bowl with a cross seam. There was bounce. Actually Bumrah told me that we can try cross seam since there is nothing happening,” Ishant, who returned with figures of 5/42, said.

“The attempt was, if you bowl out the opposition as soon as possible, it is good for your team. We tried that we were able to do that,” he told fielding coach R Sridhar who interviewed him for bcci.tv.

It was a special day for the lanky Ishant, who struck 19 runs and shared a crucial 60 runs with Ravindra Jadeja (58) for the eighth wicket stand during India’s innings earlier in the day.

“To be honest, when I was out during our innings, I was not feeling good at all. The more I scored runs with Jadu (Jadeja), the better it would be for the team. From 25 for 3, the kind of comeback we had, I wanted to have a long partnership with Jadeja,” said the 30-year-old pacer who is playing in his 91st Test.

His five victims included two brilliant caught and bowled efforts, including the fourth scalp of Shimron Hetmyer in the penultimate over of the day.

Asked about the two efforts, he gave credit to the fielding coach. “All credit goes to you (Sridhar). You always said while fielding you have to always anticipate. If you do extra work after being so tired, if you do fielding after bowling so much, your fitness is increased. As a cricketer if that (fitness) is improved everybody can see the result but the hard work behind it is not known (by the people). So that is the result of hard work.” 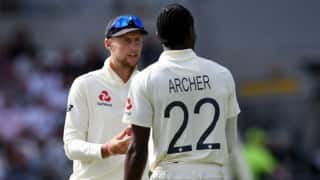 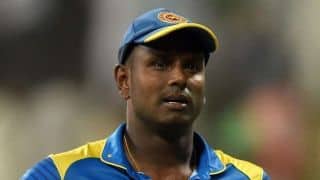